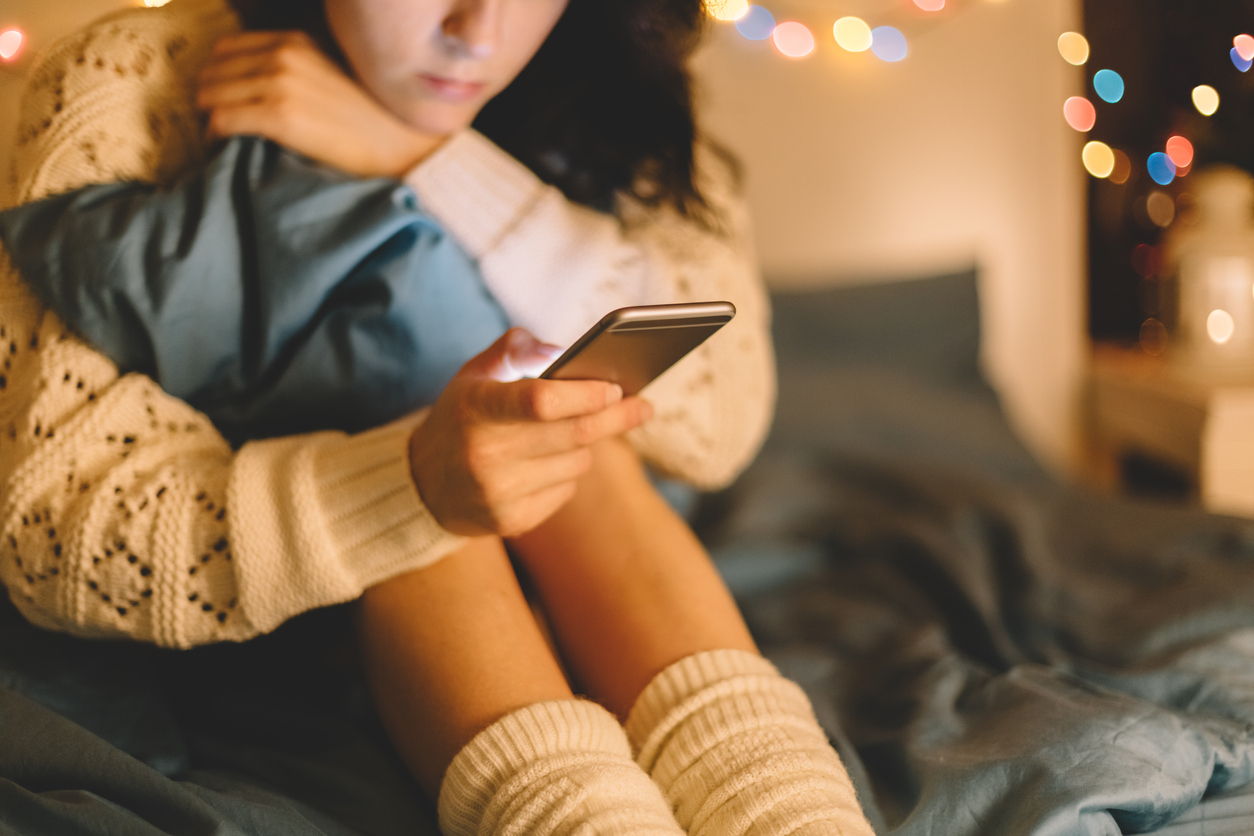 The motivation behind sharing such content varies. Some perpetrators steal intimate footage for financial gain (known as “sextortion”). Others publish this content to spite and shame previous romantic partners.

Given how ubiquitous smart phones have become, the sharing of intimate content is an increasingly common element of romantic relationships. According to a 2020 survey by UK charity Refuge, “27% of young men and 43% of young women have shared such images with another person”.

Of course, with this increase in the sharing of sexual material comes an increased risk of exploitation. It is critical that the law and technology companies safeguard those whose images might be used against them – whether as a method of revenge or extortion.

The frequency of this crime was unearthed by Refuge’s 2020 survey which found that one in 14 adults have experienced threats to publish sexual content. This, they also discovered, is often part of a pattern of controlling and coercive behaviour.

The prevalence of this phenomenon was reflected in Netflix’s recent offering – “Do Revenge”. In this dark comedy, one protagonist has her sex tape leaked. She becomes a social outcast overnight and the perpetrator comes out (at least initially) unscathed. While the revenge storyline does not cast anyone in a good light, the film’s underlying premise is that the non-consensual publication of intimate content is a devastating experience.

Simply advising young people not to share such images – and expecting them to bear the consequences of abuse by others – is irresponsible and untenable. In addition to legislation, there is much to be gained by building awareness of this often-concealed crime, and ensuring young people are armed with the facts when it comes to sharing intimate content.

Shockingly, this conduct was not criminalised in England and Wales until seven and a half years ago. On 13 April 2015, section 33 of the Criminal Justice and Courts Act 2015 came into force. As originally enacted, the legislation read as follows:

The seriousness of this crime and its impact on victims was acknowledged by the Government’s decision to widen the legislation in 2021. Critically, the offence now includes threats to disclose such material.

The offence was and remains an either way offence – this means it is triable on indictment in the Crown Court or summarily in the Magistrates’ Court. It is subject to a maximum penalty of two years’ imprisonment.

In respect of copyright, assuming the relevant footage was taken by the victim or at their instruction, it constitutes an original work in which the victim holds rights as the “author”. Given the sensitive nature of this type of content, there is no arguable fair use or fair dealing defence, and publication is likely to entitle the victim to aggravated damages.