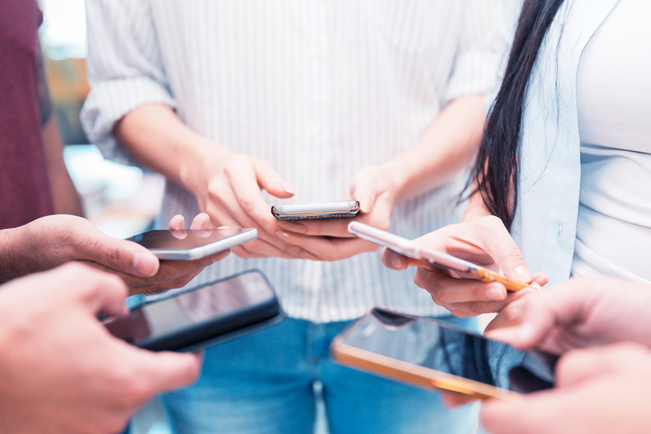 In the final article in our series exploring technology and mental health, author Josh Roberts explores how we can regain control of our relationship with social media.

In previous articles we’ve looked at why social media seems to be so addictive and why that addiction is making us unhappy, lonely and anxious. The question, however, remains of what we can do about it. If, indeed, we can do anything about it.

Perhaps social media is now so deeply ingrained in our lives that the prospect of tempering our usage or giving it up entirely seems an impossible task. Maybe it’s just another facet of modern life, like cheap meat or fast fashion, which we continue to buy even though we know how bad it is for us, our planet and our species.

I think it’s entirely possible for us to regain the initiative with social media, to insulate ourselves from the addicting powers of ‘Likes’ and ‘Shares’ and to live happier lives as a result. In fact, I know this to be the case because in researching my forthcoming book, Generation Drift (out in March 2022), I’ve spoken to a number of people who’ve done exactly this. Folks who were once, like me, lily-livered thumb bandits who spent four hours a day scrolling Instagram, but who have now seen the light and ‘gone clear’.

Some of them had given up entirely; others had managed to wrestle control of their addiction and were once again using social media for it’s original, intended purpose – to help us connect with each other. But regardless of whether they chose temperance or abstinence, my conversations with reformed social media users revealed a number of commonalities. All of them reported being much, much happier now that they’d put down their phones. They felt more able to connect with other people. They found they had more time for hobbies, or fun, or their kids, and they were sleeping better.

Well, naturally, it seems that everyone has their own path towards a better relationship with social media. But, again, similar themes do emerge and I’ve summarised the key ones below. I should say I’ve not – yet – successfully implemented all of these. I’m not claiming to have reached the summit; but I have resolved to have a crack at getting there. And if you, like the average Brit, spend nearly two hours a day scrolling, perhaps you’d like to join me.

Like all major rehabilitation programmes, making positive change in our relationships with social media first requires us to be honest with ourselves. Naturally not everyone is a stone-cold addict. But if, like me, you’re spending 25% of your waking time pootling around Facebook and LinkedIn, there’s a decent chance you might be. And until you acknowledge that, you’re not going to get anywhere.

We also need to poke and prod at the excuses and justifications we use to excuse our scrolling. My big one is work. “I need it to stay abreast with what’s going on”, I’ll tell myself. And whilst that is in part true, the truth is that I could get everything I need from social media with one quick check in the morning and another in the evening. Certainly I don’t need the near constant, intravenous drip which I currently hook myself up to. Your excuses might be different to mine; but the important thing is to recognise them, pick them apart and commit to move beyond them.

Having acknowledged that your relationship with social media is likely unhealthy, the next step is deciding what an ideal relationship might look like and plotting a course towards it. My ultimate goal isn’t to quit completely. I simply want to eliminate all the mindless time-wasting and to defeat the reflex to scroll.

But protestations and promises alone aren’t enough – we need rules. For some, these will be only mild constraints like disabling push notifications, or not having your phone in the bedroom. Whilst for others (and this is where I am) they’ll need to be more severe. Some folks need to delete the social media apps altogether or, in the case of one person I met, even give-up their smartphones. “I knew that if it was there, I’d use it”, he told me. “So I got a burner phone instead”.

I know how pathetically, snowflakey, millennial-y this sounds; but, when it comes to transforming my relationship with social media, I think I’m going to need some help.

Most obviously I’m going to ask my friends, family and wife to call me out when I’m brainlessly scrolling. But I’ve also been trying some of the brilliant apps and browser extensions like RescueTime, Freedom and StayFocusd which help to regulate usage. Either you can block websites entirely, or schedule fixed times and limits on access. Which might all sound like overkill; but I think I’m going to need it. I’ve just been so addicted for so long. It’s the first thing I do in the morning, the last thing at night. I do it whenever there’s a spare moment, a quiet minute or a lull in the conversation. And if any of that rings true for you, I’m willing to bet you’ll need some help to quit, too.