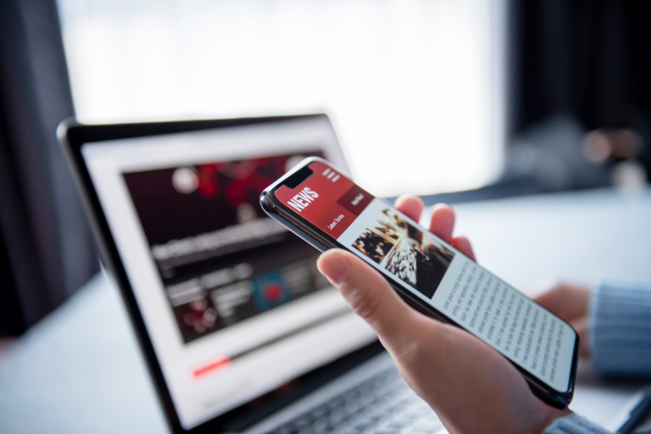 Since the drama of the 2008 financial crisis, business has moved from the back pages of the paper, to mainstream news. With this shift comes inevitable scrutiny of those at the helm of companies – with the conduct of CEOs and senior leaders increasingly in the spotlight. We’ve seen the line between CEO as ‘human’ and CEO as leader of a business become more and more blurred – with personal life choices of interest to media, in addition to business decisions. Slowly over the years, leaders have become the living embodiment of their businesses. As CEO, a ‘wrong’ step in your personal life can significantly harm your company’s reputation.

Over the last 18 months the pandemic has contributed to this trend, with business leaders under pressure to do the right thing even more so than in non-pandemic times. Now, as the question of how to encourage a workforce back to the office is high on the news agenda, business leader behaviour is taking centre stage once more.

But leaders – like entertainers – are human. No matter what your job, you are entitled to the same human right to privacy as everyone else.

So, what can you do to protect yourself before a mis-step happens?

As companies work out their strategies for office working versus working from home, we’ve seen a burst of commentary about how those businesses are behaving towards staff – and with it, an inevitable thumbs up or thumbs down comment on leaders.

This isn’t entirely unexpected; there was a similar narrative at the start of the pandemic last year when many well-known companies found themselves in the spotlight for decisions about accepting government support.  The stories that made a lasting impact in the media generally featured the face of a well-known private business owner or the CEO or Chairman of a company, all of whom helpfully (albeit inadvertently) gave their face to the news coverage that was in many cases damning.

Whether or not the criticism in this kind of coverage is justified, if there is an angle that will allow a journalist to write a comparison piece – juxtaposing the behaviour of the owner or senior executive against something like mass redundancies or alleged poor treatment of staff, they will use it to sell papers and increase website hits.

What’s more, nothing is off-limits. The prevalence of social media means that the internet never forgets: past behaviour can come back to haunt business leaders at any time.

If not now, when

The first step to mitigate against this kind of reputational risk is acknowledging that business leaders are no longer just the faceless people behind a company. If your business hasn’t already had to deal with the reputational impact of its leaders’ actions, it will likely be an issue in the future. It may not feel right or fair – but accepting the issue and mitigating it will cause a lot less stress in the long run.

We’ve seen corporate clients who have had to make redundancies and shut down operations during the pandemic get ‘caught out’ by the media, who discovered that the owner had left the country on a private jet. We’ve also seen situations where business leaders were called to account for accepting dividends at the same time as taking government support via the furlough scheme.

As always, prevention is better than cure. These five pointers are a good place to start: